Only - Stones At The Throne

Ok!  Now that the cd has been out and the video has been released and I have personally told Only how I felt about his cd I guess I should share my thoughts with the few that do read my words!!

Let me give a few of you some background on how I met Only!  I had heard him on Shaka Pitts show in the closing song called "Lights Out"  and I was like DAMNNNNNNN he can spit his ass off!  One night outside of the Turntable Club a few of us were talking and someone look at this guy and called him Only!  I said wait hold up...you are Only??  You are the one on "Lights Out"?  Not at all what I imagined he would look like!  LOL  The guys standing in front of me didn't strike me as a guy who could rap that fast and that good!

As the months and even years have passed by I have come to go from being a fan to calling this man a friend! I mean I don't go hang out with him or go hang out at his house but I do talk to him and am concerned for him and check to make sure he is doing ok!  So in that sense we are friends!

When Only finally put the link out for "Stones At The Throne" I was so excited to see what he had produced! You know like when someone has a baby and you can't wait to see it!  LOL  So I went and downloaded it.

There are 17 tracks on this cd!!  Out of those 17 he has 6 songs with collabs.  Now I think that is just the right amount!  It's your cd and your music so you don't want to jam it up with collabs.  And who he has on there are artists that I have heard and support over the past few years and I think the flows and styles go well together!

Songs that most of Only's fans and supporters will recognize and love are "So Real" ft Bar Cardy which is the video above.  "I Rap" ft Starrz.  And track 16 with is actually Bar Cardy's song "Hatas Won't Shine"  But one of my favorite tracks on the cd is "Conversations With God".  I think that is because it was so heartfelt and you can hear the pain and realness through his words!  Not saying that I don't hear that in all the other tracks because I hear it.  But this was a nice change for my ears.  I always have a favorite track on a cd and this is my favorite!

Only isn't a rapper!  He is an artist!!  Want to know the difference!!  Download his cd, put it in your player and just listen to every track!!  Listen to the stories he tells!!  If you can close your eyes and see the words play out in your head, that is an artist.  A rapper just raps words that rhyme and may have a slick line or maybe even two but it leaves you saying what the hell is he talking about!!   You won't get that with these tracks!!  I can guarantee that a real lover of hip hop will be happy they downloaded and added this to their collection.

Only's flow and delivery are all on point!!  The beats he chose were on point as well!  Shout out to BBK, Speilberg, and Domingo!  Those were the only names listed!!  Shout out to Bar Cardy, Starrz, Apex Da Genius, Trace Blam and Tonio From Da Top!!!  You all did your thing on the songs as well!!  It was a nice flow and nice vibe!!

So what do I think about this cd???  I think that I said it all!!  There is a song or 2 or 3 on here that you will have on rewind and want to play over and over!!  I know that I have my favorites!!

Here is how you can find Only!!

Here are some links you can go to and download this cd!!  If you aren't a fan of his, please take a listen and I am sure you will become a fan.

http://www.realtalkmusic.com/fr_downloads.cfm
Posted by Liezel127 The Baltimore Paparazzi at 1:50 PM 2 comments: Links to this post 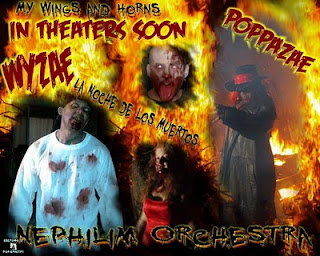 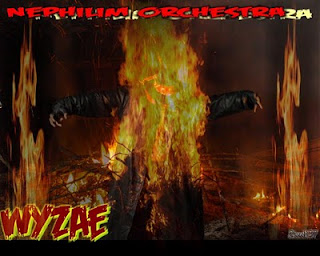 Posted by Liezel127 The Baltimore Paparazzi at 12:06 PM No comments: Links to this post

Liezel127 The Baltimore Paparazzi
Baltimore, Maryland, United States
This is the world as I see it! Whether it be about the music scene or just life. My opinions and my thoughts!